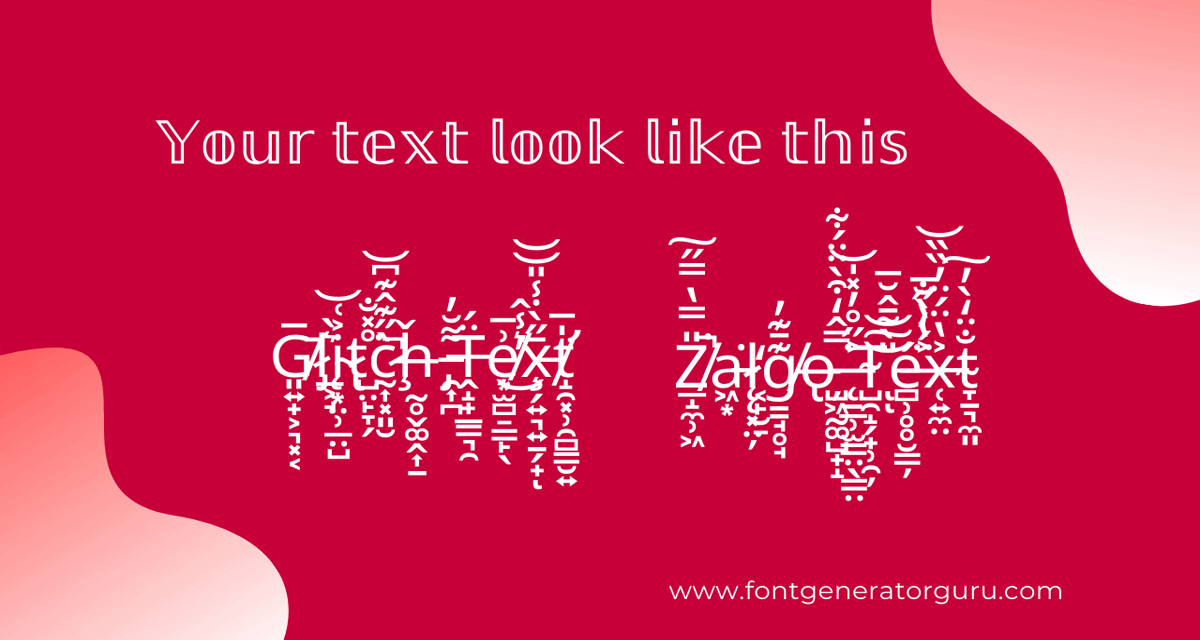 Unicode is a dictionary of around 137500 characters and symbols in which these creepy or corrupted symbols are also present. Therefore, unicode is added to your text which converts it into glitched text.

This is super easy to use by following simple steps. Firstly, type or copy your text in input text area. Then this text will get automatically to texts with different fonts. Then scroll down and you will preview diffrent types of fonts, choose your desired font and just click on the font in order to copy it. Then you can paste this font font anywhere you want. For more assistance, refer to the screeshots for both desktop and mobile version: 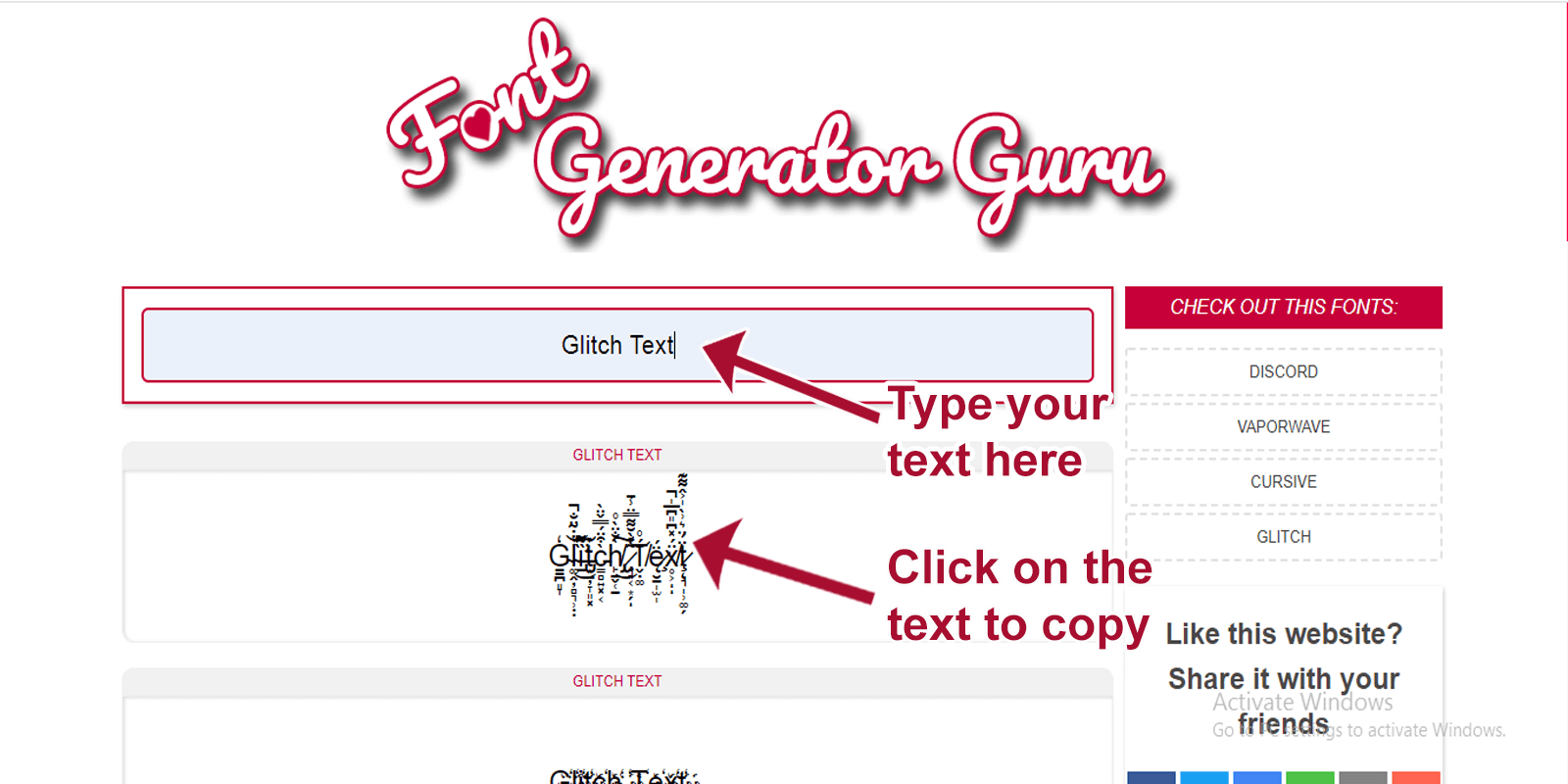 Where you can use these generated fonts?

You can use these glitch text in any of the social media platfrom such as instagram for generating impressive bios, creating cool profile on Twitter, commenting on Twitter and Tumblr with these glitched texts, create a fancy Youtube title and description for videos and so on.