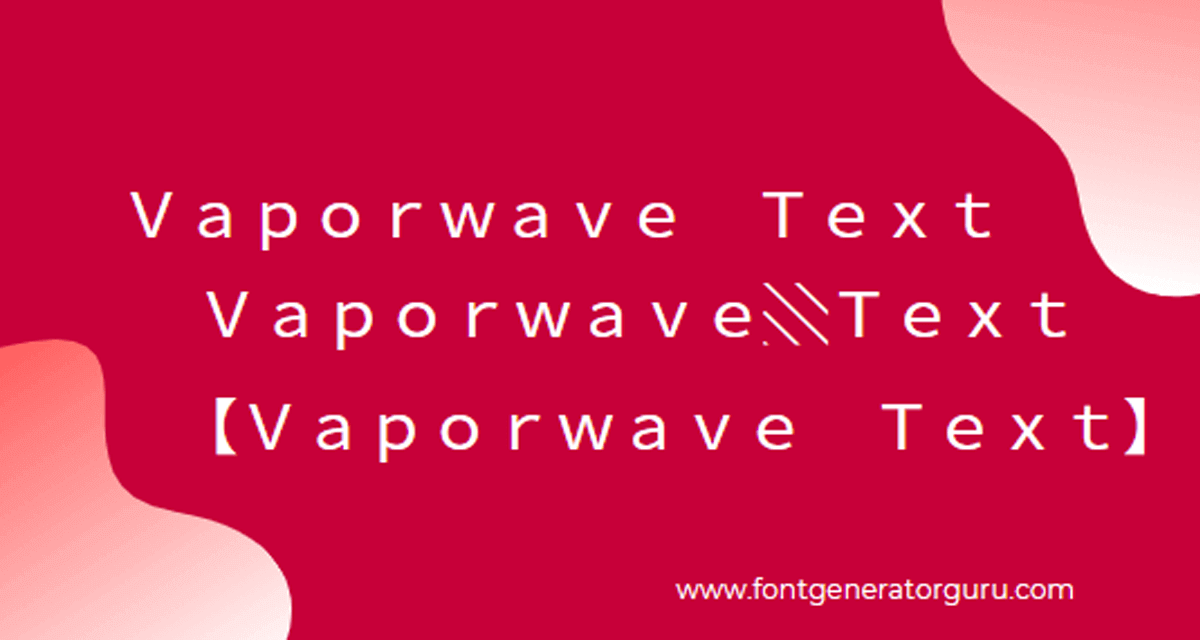 This is super easy to use by following simple steps. Firstly, type or copy your text in input text area. Then this text will get automatically to texts with different fonts. Then scroll down and you will preview diffrent types of fonts, choose your desired font and just click on the font in order to copy it. Then you can paste this font font anywhere you want. For more assistance, refer to the screeshots for both desktop and mobile version: 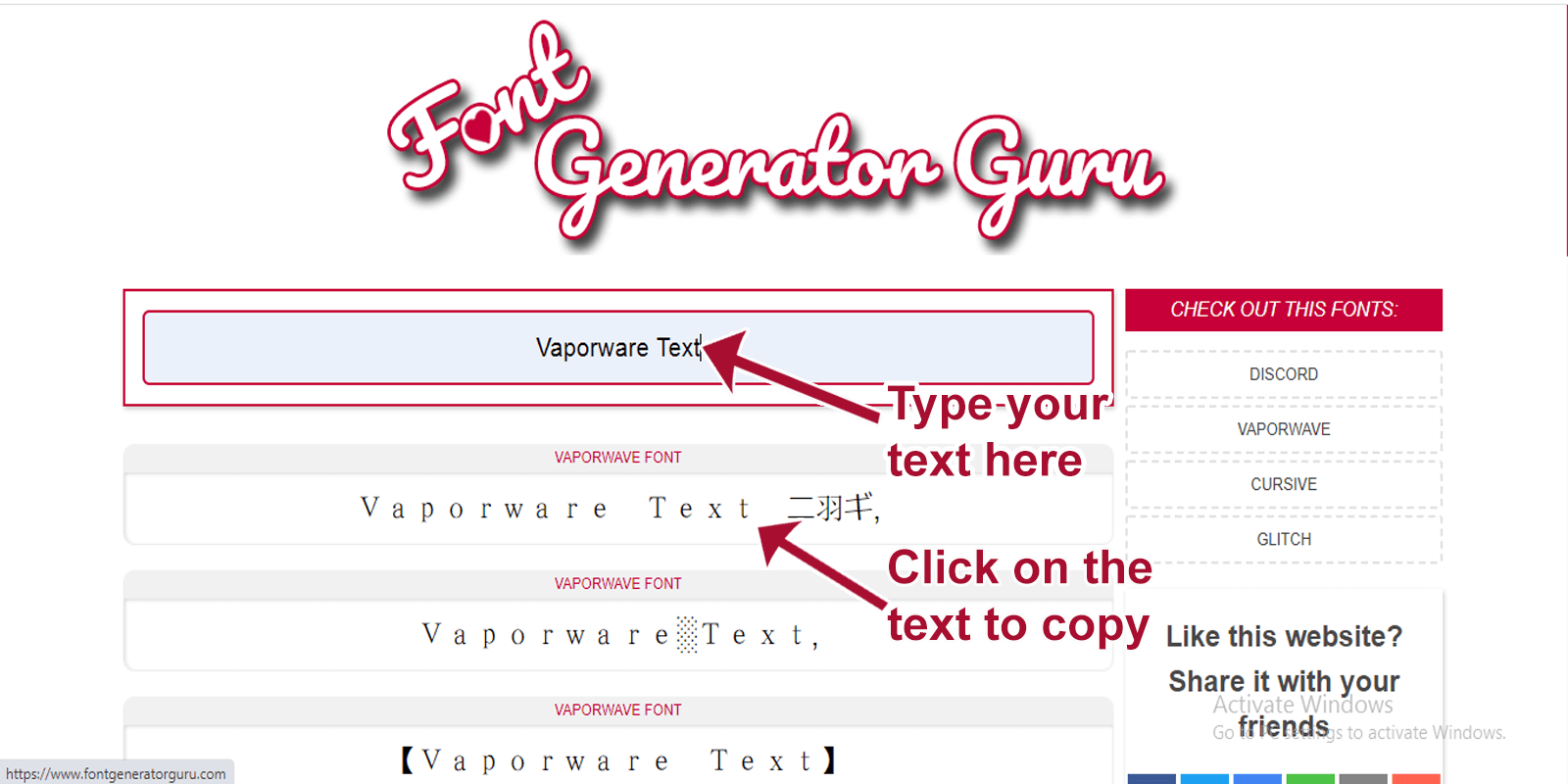 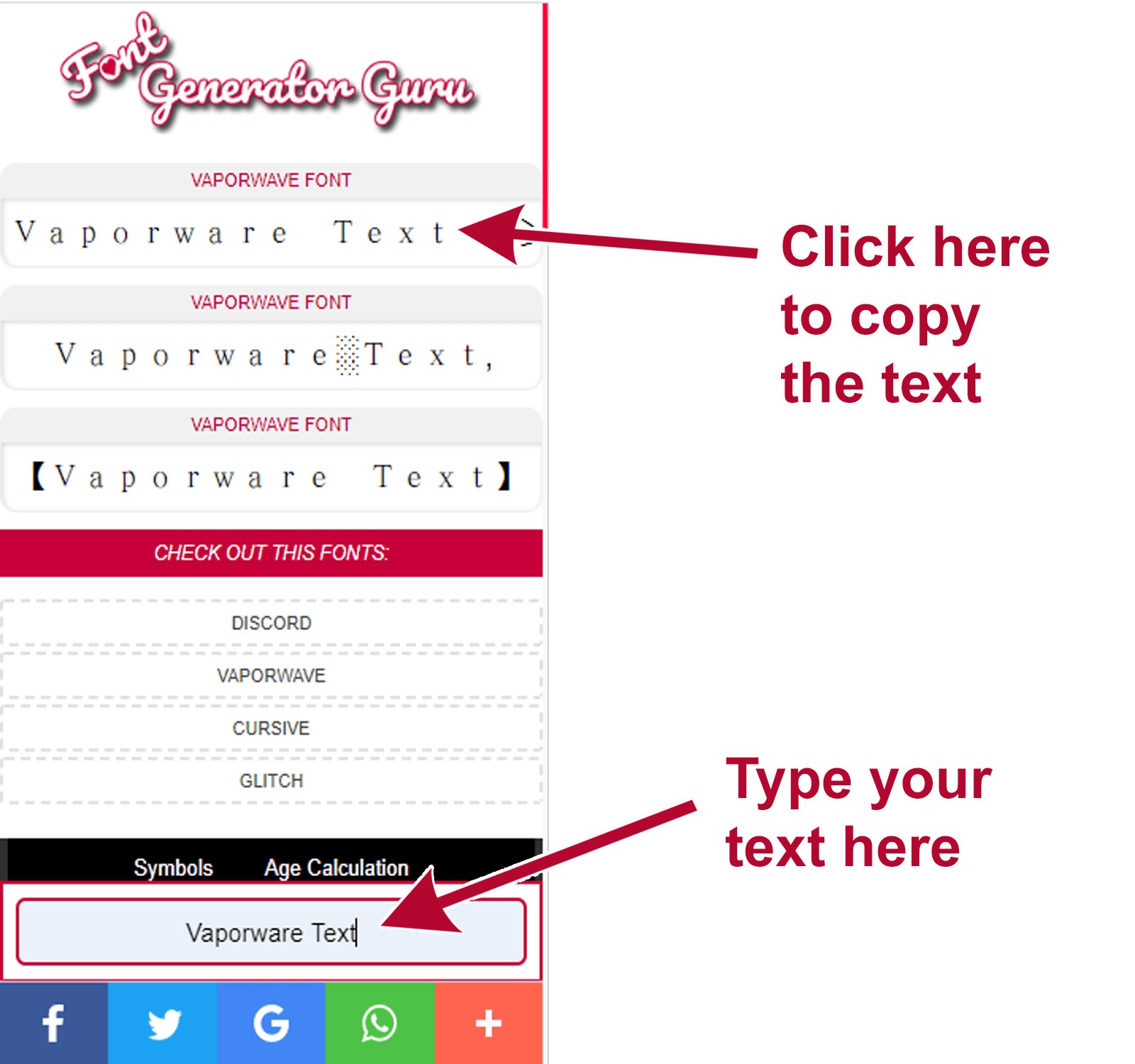 Where you can use these generated fonts?

You can use these vaporwave text on different social media platforms such as Instagram, Facebook, Twitter. etc. to give unique touch to your profile and posts.

This vaporwave text generator is also used in creating pathetic meme, Vaporwave art, Vaporwave gif, aesthetic anime, etc. which reaches to a large audience which is a great fun.

Presence of FontGeneratorGuru.com on internet

FontGeneratorGuru.com has got its mobile application published on Google Play store and extension on Google Chrome Web store which you can access by clicking on the links given below.